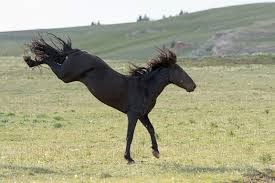 Another day dawns. The Husband is off to Manchester first thing and leaves me the car. This is both good and bad. It means I don't have to walk down to the boathouse for the junior training session later this afternoon, but it means I don't GET to walk down to the boathouse, which means I'm falling short on the load-bearing mileage thingy that I've got going to keep me fit.
It does mean. however, that I can give Daughter #3 a lift home after her double training session, which today is probably a good thing as she is most definitely feeling really down.
Poor girl. She tries so hard to be hard-working, conscientious, responsible and fit....and she does so well.
I am constantly staggered at her drive and commitment (and wonder where she gets it from!) but worry that she is taking on an awful lot onto her teenage shoulders. School work, rowing training, TWO paid jobs...enough!
There was a bit of a crisis this morning. A welling up of sadness and loneliness that spilled over as I hugged her and tried to comfort her. What prompted this? I ask myself....is it a hormonally driven fluctuation, the result of driving herself to try for perfection, a seasonal funk of gloomy days and not enough sunshine?
I've always said to her - and reiterated it again today - that our love for her is absolutely unconditional.
It's FAB if she does well, and we're really proud of what she achieves, but it has no bearing on our love for her. It's not conditional on anything she DOES, it's there because of who she IS. Our girl.
I feel for her so much. My teenage years weren't the happiest. My parents, as I have mentioned in the past,
were generationally conditioned in the post-war era to expect that children were largely there to fulfil their own often-frustrated lives and plans. They were supposed to dutifully toe the line, pursue post-university careers that would make the old folks glow with vicarious pride, and never, ever, do anything to bring opprobrium onto the neatly tended semi-detached respectability carefully nutured by restraint and making-do. I was not their ideal child. Sulky, rebellious, frustrated and desperate to be independent (although not financially - that never occurred to me) I made the most horrendous errors of judgement that effectively cocked up my late teens and twenties. But the errors of judgement were ALL MINE!
So what I want more than anything is to make sure she never feels that she has to do things to make us happy. I want her to be happy, for herself, and in herself. And at the moment, that doesn't seems to be happening.
The best I could offer - over and above a listening ear and comforting noises - is that she is essentially lonely, because there isn't anyone of her acquaintance who in any way measures up to her in terms of excellence. She is in a different league, but will find her soul companions as she progresses in life and goes to university.
Unlike some teenaged girls I know, I would trust her to govern her own life at university NOW on account of her amazing maturity. But I DO know that - deep down - she is still just a little girl. And it's that little girl that I'm looking after today.
So the plan is, little things to look forward to, dotted through the coming days, weeks and months: coffees out, a new activity or two, a day out at a music festival. Cutting back on the remorseless work ethic, the endless 2 and 5k erg-tests so bloody beloved by the rowing fraternity. Keeping it light.
I know her mood can flip just like that, for the the better or the worse. I just hope that when I get down to the club tonight, she will be feeling a bit better in herself.